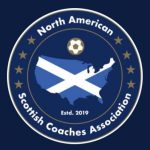 NASCA Board of Directors 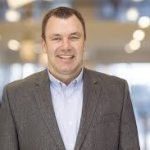 Born in Glasgow, Scotland, Eric is a former professional soccer player and physical education teacher. Since 1998, Eric has been the Managing Director of Excel International Sports and he continues to oversee WorldStrides international sports tours since the company’s acquisition by WorldStrides in January 2015. Eric is a founder member and inaugural President of the North American Scottish Coaches Association and currently resides in Maryland, USA 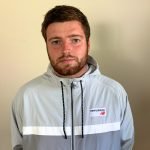 Jonathan currently resides in Florida and also holds the position of Director of Coaching at Florida Celtic Soccer Club. Before his move to the United States Jonathan spent seven years as an academy coach at Celtic Football Club in Glasgow, Scotland. In addition to his role with Florida Celtic and NASCA, Jonathan also works with HUDL as one of their 12 chosen captains in the USA and assists as a coach with Lakeland Tropics in the Premier Development League. 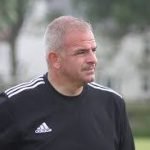 BORN in East Kilbride, Iain King now lives and works in Canada and is the Technical Director of United DFC in Dartmouth, Nova Scotia. Iain, a three-time former Scottish Sports Writer of the Year in his life as a journalist and author of six football books, is now relishing his second career in coaching. He emigrated to Canada in 2017 and enjoyed a fruitful spell with North Toronto Nitros, rising to Manager of Coach Development and Competitive Program Lead, before he moved to his adopted nation’s beautiful East Coast in January 2021. In his coaching career in Scotland Iain led both East Kilbride FC and BSC Glasgow FC to glory in the SFA Challenge Cup in consecutive seasons in what was the inaugural campaign in the pro ranks for both clubs. He also enjoyed a spell coaching in the Academy of Premiership side Motherwell FC as well as a season as Chief Executive Officer of League One Airdrieonians before beginning his Canadian adventure. 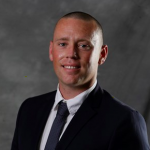 Ciaran has been at the helm of The Citadel women’s soccer program in South Carolina, USA, for four seasons. A native of Coatbridge, Glasgow, Ciaran resides in Charleston with his family. Prior to The Citadel, Traquair spent the previous two seasons as head coach at Anderson University following a two-year stint in charge at Wesleyan College. He began his coaching career in 2007 at Young Harris College in Young Harris, Georgia, as an assistant for the women’s team. That year, the Mountain Lions won the Georgia Junior College Athletic Association championship and were ranked as high as No.1 in the country. 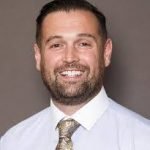 Graeme is entering his ninth season at the helm of the women’s football program at the University of West Alabama. Along with starting the program, he has led the Tigers to a 80-60-8 overall record and seven Gulf South Conference Tournament appearances in its first eight seasons of existence. Graeme played for Hiberian Boys Club and Albion Rovers in Scotland. In 2001, he played full-time with Albion Rovers and completed a SVQ level 2 in Sport & Recreational Studies. In 2002, he became a soccer coach for East Renfrewshire Council where he worked with children from 3-16 years old. Orr has a number of coaching licenses which include NSCAA Premier, USSF ‘A’ License, US Youth Soccer National Youth License, Scottish F.A. Level 3 in Children & Youth, and Scottish F.A. Level 1 in Goalkeeping and Adult and a UEFA B license Part 1 and part 2. 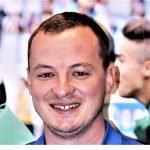 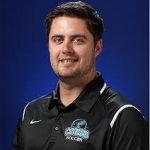 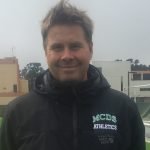 NASCA meeting at 4pm on Friday, January 21st in Ro

We are all very much looking forward to kicking ou